【Sapporo】Takino Country Club – One of the best access in Sapporo Hokkaido, where you can feel magnificent land 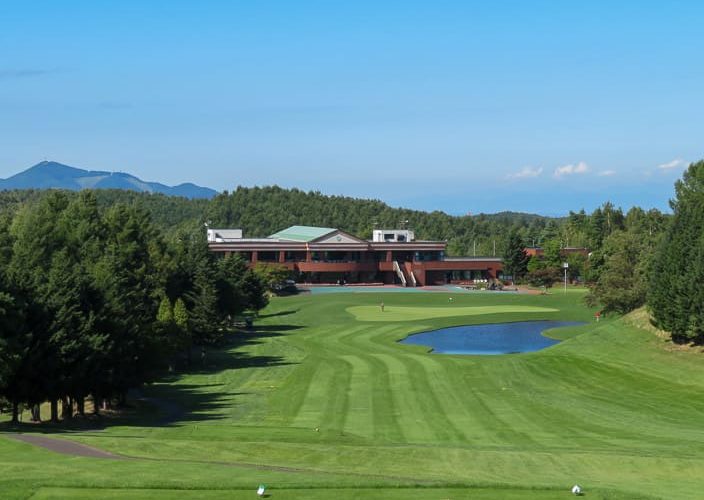 The Tokyo Olympics were threatened to be held under the influence of Covid-19, but when it started, it was a great success with Japanese athletes, and it ended safely.

The Olympic golf game was held on the Kasumigaseki Country Club East Course (6,907 yards, par 71) near Tokyo, and Hideki Matsuyama, who won the Masters for the first time as an Asian man this spring, was expected to win a medal. However, he lost in the playoffs and unfortunately missed the medal.

However, Mone Inami, who won the fierce battle for the Olympics, continued to perform well and defeated Rio’s silver medalist Lydia Ko in the third place playoff. As a result, he won the first silver medal in Japan among male and female golf players.

Mone Inami, who was born in Tokyo at the age of 22, started playing golf at the age of 9 and improved her skills by practicing hard for 10 hours a day. This year was a big break, and we won 6 wins this season, including Fujisankei Ladies, and jumped up the rankings, winning strong rivals such as Hinako Shibuno, Ai Suzuki, and Ayaka Furue. As a result, she got a ticket for the Olympic team with Nasa Hataoka, the top Japanese player in the world ranking.

In addition to the accurate shot that the fairway keep rate is the top among the participating players, it will be characterized by the game and mental strength that the playoffs have been undefeated so far. I would like to congratulate her on that good fight, “Congratulations, Mone Inami!”

The big domestic tournament for women’s professionals held in July, just before the start of the Olympic Games, is “Daito Kensetsu / Good Room Net (Iiheya Net) Ladies”.As a result, Jie Shin won the 26th victory of the tour with a 15-under overwhelming victory, which was 5 strokes behind the 2nd place, and won a winning prize of 21 million yen.

This tournament has been held at the Narusawa Country Club in Yamanashi Prefecture, but it was planned to move to the venue for the first time from the 6th tournament in 2020, but it was postponed due to Covid-19. However, this year the number of galleries was limited, and the event was held with infection control measures such as PCR tests and temperature measurements.

This year’s tournament was held at the “Takino Country Club” (6,578 yards, par 72) in Sapporo, Hokkaido, where the Olympic Marathon and race walking were held to avoid the heat of Tokyo.

It is a beautiful course that is typical of Hokkaido and is surrounded by abundant greenery and water, while being easily accessible by subway, about 30 minutes by car from the center of Sapporo. Surprisingly, it’s been 41 years since the women’s pro golf tournament was held in Sapporo.

27 holes consisting of 3 courses, east, west and center, are laid out in a magnificent hilly area. The most distant center and west courses were used in this tournament.

Participants were wary that the difficulty of this course was not only the distance but also the green. Even the virtuoso Hinako Shibuno, who won the British Open, struggled with putts and finished in 33rd place, proving that the average number of putts of the participating players exceeded 2. Although it is not a particularly small green, the slope is steep probably because of the hills, and depending on the position of the pin, the difficulty of reading and touching the line will be high.

Let’s take a look at the impressive hall.

The first hole (519 yards, par 5) on the center course starts from a long hole. The fairway is spacious and you can hit a tee shot comfortably, but the fairway narrows by gently curving to the right from the second shot. In addition, there are mounds on the left and right of the green, making it a difficult hole to feel pressure when aiming for the green.

The 2nd (165 yards, par 3) tee ground The right side of the tee ground is a valley with dense trees, and it is difficult to make a complicatedly sloping green. It is a short hole but a handicap 2nd hole.

3rd (358 yards, par 4) A middle hole with a large left dock wreck. There are ponds on the right side of the tee ground and tall trees on the left and right of the front, and the tee shot needs to hit the narrow space accurately.

No. 4 (319 yards, par 4) is a straight, short middle hole, but the large trees on the left and right are densely lined up near the green, and the fairway feels narrow, and the green is a small battery on the hill. That Hinako Shibuno was also struggling.

The 5th (592 yards, par 5) full back is more than 600 yards away and is the most difficult specialty long hole. In front of the teeing ground, the famous “Wolong Katsura” tree, which is said to be over 300 years old, lies majestically, and the tee shot must go over it. Wolong is an analogy of an unknown person who has the power to ascend to heaven and has the excellent ability to imitate a lying dragon. The anecdote that Liu Bei, who opens the Shu Han dynasty with the Three Kingdoms, finds Zhuge Liang is famous as “Zhuge Liang is a Wolong.” A nameplate engraved with it stands next to the tree.

The fairway widens beyond the Katsura of the Wolong, but the entire course undulates from side to side like a dragon. Furthermore, on the left side of the fairway, another tree stands so as to hinder the approach, and if you forcibly aim at the green and remove it to the left, it is a difficult hole where the OB is waiting immediately.

The 8th (193 yards, par 3) downhill but with plenty of distance, the green is guarded by four large bunkers, making it extremely difficult for an amateur to hit the green with a single stroke.

9th (379 yards, par 4), a gentle downhill towards the clubhouse in front of you, a very beautiful signature hole with a large vertical pond in front of the right side of the green. There are no OBs on the left and right, and long hitters can hit tee shots with the intention of putting them in a pond about 300 yards away.

Next is the east course. No. 1 (354 yards, par 4), a downhill middle hole docked to the right, but OBs are approaching on the left and right, and trees are protruding on the right side of the fairway, so you need to aim for the green from the left.

The 3rd (475 yards, par 5) is a relatively short long hole, but the OB stakes continue along the right side of the fairway from the tee grand, and the draw hitter is under pressure.

No. 4 (198 yards, par 3), a short hole with a distance that hits down along the valley. In addition to the tall trees and OBs on the left and right of the fairway, three trees on the left and right stand in the way of the green. It is a difficult hole that you can not catch the green unless you hit an accurate shot with a long club avoiding these.

The 5th (337 yards, par 4), a relatively short middle hole, the fairway gently climbs and curves to the left. At first glance, it looks like a hole that is easy to get a par, but it is actually a mysterious hole called the first handicap.

The 7th (127 yards, par 3) distance is short, but it is a beautiful short hole with a vertically long pond extending to the green and a large bunker beyond the pond. You need a strong mentality to hit a tee shot without being distracted by the pressured vision.

The last long hole on the 8th (496 yards, par 5) meanders to the left and right so that the fairway draws an S-shape, and the left side is a hole where you cannot be alert until you catch the green because the OB continues in a relatively shallow place.

Since it is a course built on a hilly area, there are many ups and downs, which is rare among the courses in Hokkaido, but all the holes are strategically laid out and you will never get tired of it.

Since it is a champion course, the distance is long, but the teeing ground has 5 stages from full back (black) to the front front No. 2 (gold), and the player could chooses the most suitable tee according to his age and ability.

Also, if the condition is good, the cart can be entered on the fairway, and the cart is equipped with the latest model iPad navigation system, so you can enjoy comfortable play.

Why don’t you enjoy Hokkaido golf on a course with excellent access that does not require a rental car and a free shuttle bus is available from the nearest station of Sapporo Municipal Subway or from Chitose Airport?