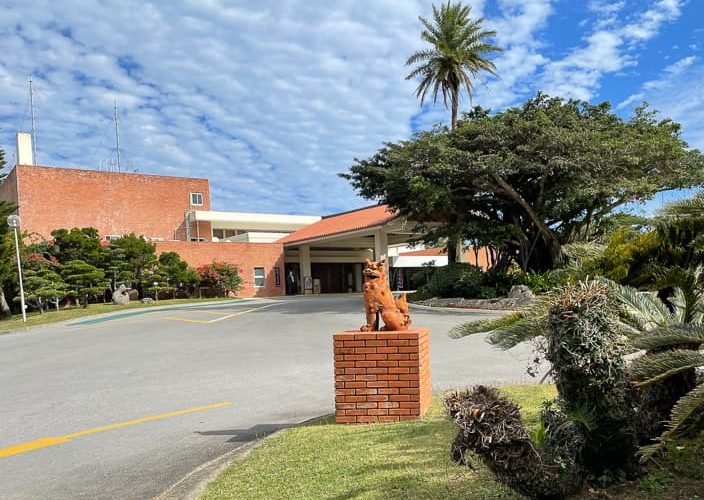 Women’s professional golf is now more popular than men’s tournaments, but it is the prize queen that every female professional wants to win at least once. Due to the influence of Covid-19, the 2020 and 2021 seasons were integrated, and although it was a long-running season that no one had ever experienced, many young player emerged and it became a fierce battle. As a result, Mone Inami, who won the silver medal at the Tokyo Olympic games, won nine times including the Japan Ladies Professional Championship, and won a total prize of more than 255 million yen, becoming the first queen.

It was Sakura Koiwai, one of the golden generation, who was running the top from the beginning of this year, overtaking Inami and Yuka Saso who was the top until the end of last year. After being deprived of the lead by Inami in September, Koiwai was short of breath and finished the season in 3rd place in the prize ranking, but she won the 34th “Daikin Orchid Ladies Tournament”. The Ryukyu Golf Club, located in Nanjo City, Okinawa Prefecture, is a course that is held every March as the opening game of the women’s tour and has continued to be held for over 30 years since the tournament was founded in 1988.

Speaking of Okinawa, it is also famous for producing many famous professional golfers such as Shinobu Moromizato, Mika Miyazato, Mamiko Higa, and Ayako Uehara, led by the three sister and brothers of Miyazato. Ai Miyazato won the 17th tournament in 2004 in this tournament held in Okinawa every year, but there has been no victory for local players for a while, and Mamiko Higa won the previous 32nd tournament in 2019 for the first time in 15 years. Moreover, in recent tournaments, Taiwanese Teresa Lu, who is geographically close to Okinawa, has won two consecutive victories, and Korean Ahn Sun-ju has won two victories. Higa is the first Japanese player to win the championship in six years.

Higa, who was expected to win the championship in a row at this year’s tournament, was in 20th place, but Hina Aragaki, who is also from Okinawa and is a golden generation, made a good fight with 10th place. Moreover, it was a close battle with 11 players, 7 strokes behind the winner Koiwai to 10th Aragaki, and even though the spectators, who were limited to 1,000 people a day, were excited for the first time in a while.

Okinawa, which has a subtropical climate, is warm and comfortable, and there are many golf courses so you can enjoy comfortable golf all year round. Among them, “Ryukyu Golf Club” located on a scenic hill overlooking the beautiful Pacific Ocean in the southeastern part of the main island of Okinawa is easily accessible, about 30 minutes from Naha city, and is a prestigious golf course that is extremely popular with the neighboring “Naha Golf Club”.

Opened in 1977 by Hiroshi Umezawa, who designed famous courses such as Takahagi Country Club, the vast site has 27 holes, each of which takes advantage of the natural terrain. It is a challenging course with a lot of changes as it has been holding women’s pro tournaments for more than 30 years, but from beginners to advanced players, you can enjoy both tension and liberation according to the level and always play without getting bored.

The 27 holes consist of 9 holes with 3 different personalities, the east course requires high strategicity due to the skillful arrangement of hazards such as ponds and bunkers, and the west course is a flat and spacious fairway where you can hit tee shots without pressure. Also, unlike other 2 courses, the south course has many undulations that take advantage of the natural terrain, and there are many uphill and downhill holes, but you can see the beautiful ocean spreading the top of the hill.

In particular, the green of Korean lawn turf has complicated undulations, and the turf is tight due to the influence of the sea breeze, and sometimes caddy’s advice is needed to read the difficult parting line that goes in the opposite direction to the slope. Fortunately, all groups have caddies in principle, and there are many caddies who are kind, cheerful and fun like a tropical country. Also, as with other Okinawa courses, you will be playing with a buggy cart and 18 holes through, so you will have to lightly squeeze rice ball with spam or tropical fruit at the kiosk on the way for lunch.

The red bougainvillea that blooms around the outer wall of the clubhouse made of Okinawan red bricks creates a tropical atmosphere, and the Shisa(Lion dog statue), which is a traditional amulet and a symbol of good luck in Okinawa, is also used for course gates used to welcome players and tee marks as guardian.

It tells the history of Ryukyu, such as the old castle “Tamagusuku Castle Ruins” which was built about 600 years ago adjacent to the course, “Saiba Gigoku” which was the most sacred place in the Ryukyu Kingdom and the old castle “Itokazu Castle Ruins”, they are in the surrounding area. In addition, there are many tourist attractions and beach resorts where you can enjoy marine sports, such as the “Valley of Gangala” with its lush forests and ruins of ancient residences, and “Gyokusendo Caves”, one of the largest limestone caves in Japan.

In addition, hideaway restaurant “Ibukuro（Stomach）”, which stands quietly in a residential area in the mountains near the golf course, is the most popular restaurant in Okinawa where reservations are difficult to make. In an old folk house run by a female master of cooking researcher alone, the creative cuisine that you are asked to sharpen your sensibilities and taste under the faint light of the candles on the table is elegant and exquisite.

Why don’t you enjoy playing while pursuing the afterglow of the top female professionals on the full-scale champion course in Okinawa where you can play comfortably throughout the year.