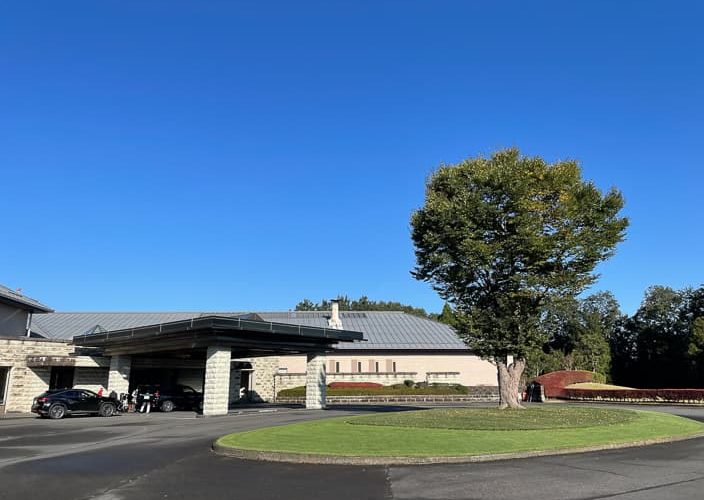 The senior tour of professional golf started in Japan in 1988, with 11 games held annually and the total prize money was about 190 million yen. The hot battle by professional golfers who are 50 years old or older has become popular, and by the time of the bubble, 22 games were played annually and the total prize money was over 800 million yen. However, due to the bursting of the bubble economy, the withdrawal of sponsor companies continued, and the continuation of the tournament was in jeopardy.

Fortunately, in the 2000s, when popular players from the past such as Isao Aoki, Tommy Nakajima, and Masahiro Kuramoto who were over 50 years old participated, the popularity reignited, the number of games was 15 to 20 games a year, and the total prize money was the same as the peak. Last year there were 16 games (total prize money of 726 million yen), but in 2022 there are 14 competitions (total prize money of 684 million yen), which is a slight decline due to the influence of Covid-19  and the aftermath of the popularity of female professionals.

The Japan Golf Association (PGA), which hosts senior tournaments, was established in the year when Torakichi Nakamura won the 1957 Canada Cup and the golf boom broke out. It used to host professional golf tours, but in 1999 the Japan Golf Tour Organization (JGTO) became an independent tour operator, and the only regular tour currently sponsored is the Japan PGA Championship. As a result, the main businesses are sponsorship of “PGA Senior Tour”, professional qualification certification, golf promotion, junior training, and social contribution.

By the way, the “Japan PGA Championship” is the oldest golf tournament in Japan since 1926.
The original name was “National Professional Golfers Championship”, and the participants of the first tournament were only 6 people including the winner, Ryukichi Nakamura, the first Japanese professional golfer, Kakuji Fukui, and the first PGA deputy director, Kokichi Yasuda.
The competition was a 36-hole stroke play only for one day, but there was no match there, and it seems that a playoff was held by two people with the same score at a later date.

One of the senior tours sponsored by the Japan Golf Association is the “Sumaida Cup Senior Golf Tournament” (total prize money of 50 million yen) held in June every year, and the course is “Eastwood Country Club” in Utsunomiya City, Tochigi Prefecture and is owned by the housing maker Iida Group Holdings, Inc.

It is a course that makes use of the beautiful natural landscape created by master Robert Rent Jones Jr., who has designed more than 250 courses around the world and is said to be the leading golf course designer in terms of both ability and popularity. The fairway is relatively wide and flat, but it is a highly strategic hill course with effective placement of hazards such as ponds.

Robert Rent Jones Jr. is famous for the basic idea of course design being “risk and reward”, but Eastwood CC also has its own 18 holes with multiple capture routes.

If you attack a difficult route, you will get a good score, but there is always a risk. Therefore, players need to select the most suitable route according to their skill and make a score, so they can enjoy not only skill but also brain-like play.

The catch phrase of the course is just “harmony of water and green”, and the characteristic is the pond skillfully arranged in many holes.

Let’s take a look at each hole. The first hole has a pond on the right side of the teeing ground.

If you pay attention to this pond and aim at the left side, you need to be careful because the OB is hidden on the other side of the hill.

The 4th short hole does not have a pond, but there is a big valley in front of the teeing ground, which makes it look longer than the actual distance and feels pressure.

The following 5th middle hole is 414 yards long, the fairway is narrow, and the undulation of the green is large, making it the most difficult hole out.

The 7th hole is a short hole 133 yards over the pond, but the green is sandwiched between the pond and the bunker, so an accurate tee shot is required.

Next is the 8th long hole where the fairway turns at a right angle toward the pond in front of the green.

Furthermore, there are 12 bunkers waiting around the green over the pond, and it is a famous hole that seems to block the long hitter’s 2nd on.

When you enter the in-course, there are more ponds than the out-course, which makes it more difficult.

First of all, the 10th hole has a large dogleg to avoid the pond on the right side, but since the valley continues on the left side, it is necessary to accurately aim at the narrow fairway like the back of a horse.

The next 11th is a long short hole of 184 yards, with a large pond extending along the fairway to the green.

Sliced balls are forbidden as the pond spreads further toward the back on the right side.

No. 13 is the longest at 550 yards and is a beautiful long hole that bends like an S, but the valley is on the right and the green is on the left with a large pond and bunkers, which is probably the most difficult hole.

The 14th short hole is also a tough hole for fade hitters, as there is a pond on the right and a large bunker beyond.

The 16th is a middle hole that is 350 yards and docked to the right, but the pond continues to the green on the right side, and this time it is a hole that the draw ball hitter needs to be careful to the end.

Up to this hole, a pond was involved in 5 of the 8 holes, but when we finally reached the 18th hole, there was no pond and the fairway was wide, so we could hit the ball toward the clubhouse without hesitation. Everyone wants to finish the round of the day comfortably.

The walls and pillars of the stately clubhouse are made of Oya stone, which is a local specialty of Tochigi prefecture, and have a unique hump finish that makes use of the split skin of the rough stone. It is said that it is valuable to use Oya stone so abundantly inside and outside the building. Therefore, it is published in a book called “Oya Stone 100 Selections” and its architectural beauty is highly evaluated.

The lobby, restaurant, and bath in the clubhouse are also luxuriously built, which cannot be found in ordinary public courses. Not only the course and facilities are enriched, but drinks and desserts including beer are free at lunch, drinks are free at the kiosk in the middle of the course, and nostalgic coffee milk is prepared after the bath. The service spirit for the players is highly appreciated.

This course was opened in 1992 during the bubble period by a subsidiary of Sumitomo Corporation, a general trading company, and was initially a corporate entertainment course with a membership fee of 40 million yen.

After that, due to the change in the management policy of the company, the deposit was returned to the members in full and sold to Iida Sangyo in 2002, and now it is a public course. There is also such a background to being a high grade course.

Although it is a little far from central Tokyo, anyone can easily play high-quality courses designed for corporate entertainment. The famous courses held by senior professionals are full of great deals, so why don’t you feel free to enjoy them?