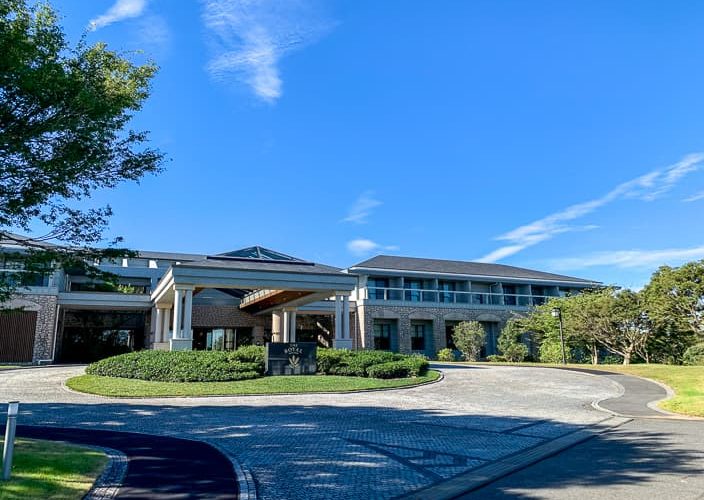 We all know that the most traditional and prestigious golf tournament is the “British Open”.
As it is called “The Open”, it is a one-of-a-kind championship, and especially in British social circles, it is positioned as a summer glamorous sports festival along with “Royal Ascot Derby” and “Wimbledon Tennis”. Also, it symbolizes the height of golf status. The characteristic winning trophy called “Claret Jug” that imitates a wine jug is also impressive.

The first British Open Golf was held in October 1860, when Britain and France were in the middle of the Second Opium War with the Qing dynasty. In that month, Beijing fell and the Qing dynasty was defeated, signing the “Convention of Beijing”. Japan was in the Edo period, the year of the “Sakuradamon Incident” in which Naosuke Ii, the highest-ranking official of the Tokugawa Shogunate, was assassinated by Ronin Mito, who opposes the opening of the country. It’s amazing how golf tournaments were held there in such an era.

This tournament has a history of more than 160 years, but unfortunately it was interrupted due to wars, etc., and recently the 2020 tournament was forced to be canceled for the first time in 75 years due to the spread of the new coronavirus infection.
And this year, as the 150th anniversary, it will be held in July at that “St Andrews Old Course”.
It is the location of the “Royal and Ancient Golf Club of St. Andrews (R & A)” that hosts “The Open” and is also known as the “Sacred Place of Golf”.

The big feature of the “British Open” is that it will be played on a course that retains its natural state as it is, so it will be held on a rotating basis only on some seaside links courses. Currently, there are eight links courses in rotation, such as in Scotland, but there is also an unwritten rule that only St. Andrews, which is held this year, is held once every five years in honor.

In addition, the players compete in the weather conditions peculiar to seaside links, such as the cold rain that falls and the strong wind from the sea, so the game may be different from other major tournaments. Therefore, it is not uncommon for veteran players who are well-versed in playing at links to achieve good results.

What qualifications do Japanese golfers need to participate in and play in this traditional “The Open”?
All England Open champions and major winners are unconditionally eligible to participate, but players other than Matsuyama, who won the Masters last year, must first be ranked high, such as within the 50th place in the world ranking as of May of the year.
If that is not the case, the player can qualify by winning the previous year’s “Japan Open Championship” or by being in the top two of the domestic prize rankings.
And the road left until just before the tournament will be in the second place at the “Mizuno Open” held in May of the year. (Athletes who do not have other qualifications to participate)

In this way, the “British Open” is very popular because it is characterized by the fact that the largest number of Japanese players can participate in the major tournament.
By the way, Tomekichi Miyamoto was the first Japanese player to participate in the British Open in 1932, but he failed to qualify.
The best result of a Japanese player was Masahiro Kuramoto’s 4th place in 1982, but in 2002 Shigeki Maruyama took the lead on the final day and expectations for his first victory increased, but unfortunately he finished in 5th place. Hideki Matsuyama came in 6th place in 2022 when he was an amateur, and although he missed last year’s tournament in Covid19, expectations are high for his success this year.

By the way, this “Mizuno Open” is a historic golf tournament in Japan that has been held since 1971, sponsored by Mizuno, a global comprehensive sports equipment manufacturer founded in 1906. Since 1998, the tournament title “The Road to the British Open” has been added to emphasize that it is the final selection for the “British Open”.
The tournament venue was initially held at “Tokinodai Country Club” in Ishikawa Prefecture for 20 years, and then continued to be held at “JFE Setonaikai Golf Club” in Okayama Prefecture. Among them, the venue in 2018 and 2019 was “The Royal Golf Club”, which is adjacent to Kashima Nada overseas in Hokota City, Ibaraki Prefecture.

This “The Royal Golf Club” is based on the concept of “making Japanese golf a world standard” and aims to be a “world-class course” and a “course that trains world-class players” with a view to golf 100 years from now.
Therefore, the total length is 8,143 yards, the longest hole is over 700 yards, the middle hole over 500 yards and the shot hole are close to 300 yards, and the course rating is 78.4, which is a monster course that is unique not only in Japan but also in the world.

Although the distance is long, the height difference of the course is only 2m or less because it is originally a planned factory site, and the fairway is quite wide, so you can hit a driver shot without feeling pressure.
However, after the second shot, the fairway is narrowed down, there are many holes with mounds and ponds, and the setting is comparable to the world famous courses such as sticky deep rough and green with large undulation. Therefore, it is a difficult course that requires

Not only the distance to fly but also high strategicity and technical ability.
Fortunately, there are 6 tee grounds that you can choose according to the player’s distance and skill. Even so, if you use the tee ground in the back even a little, it will be difficult.

The first start hole is straight and short on this course, but players who wonder “what the world standard is like” will inevitably regret it later.

After that, long and difficult holes continue, especially in First Half, ponds are skillfully entwined in almost all holes. Above all, the 9th hole has a large pond and enters the fairway, and the 12th hole requires an approach to cross the large pond.

Short holes are generally long, but especially the 17th hole has a large pond in front of the green, and the distance is 271 yards, and even from regulars it is more than 200 yards, so it is extremely difficult to catch the green accurately with this hole.

Playing the course can be overwhelming and tiring, but at the end of the round there is a superb clubhouse with a warm wooden floor and other wooden textures, and comfortable service with attentive hospitality awaits you there. The restaurant has a glass wall and is full of light, so you can enjoy your meal in a relaxed mood while overlooking the course.

The locker room and bathroom are also spacious and calm, which you have never seen anywhere else. There is also a luxurious lodge attached to the clubhouse. In a spacious room, you can relax in a calm color tone and a discerning interior.

A vast putting green spreads out in front of the clubhouse, and the adjacent huge driving range has a distance of 350 yards, and you can hit the ball used in the round from natural grass. These are also truly world standards.

This “The Royal Golf Club” opened under the name of “The Royal Ocean” in 1990 during the bubble era, and then reopened in 2017 with the current name after remodeling the course such as 1 green. The management is “Tokyo Leisure Development”, which is also focusing on golf promotion activities with the slogan “Enjoy golf more”. The parent company is Ohayo Dairy Products, a milk and dairy product manufacturer under the umbrella of Kabaya Ohayo Holding, and the course is adjacent to the company’s Kanto factory in the Kashima industrial area. Therefore, you cantesting the company’s products such as pudding and milk in the course, and the fresh products sent directly from the factory are popular as souvenirs.

Why don’t you try the “World Standard Course” which is the “Road to the British Open”, and you will surely be shocked.