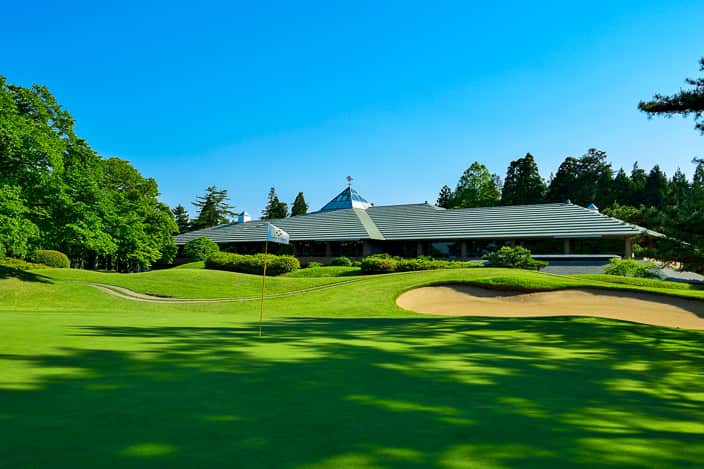 Unfortunately, with the spread of Covid infection, the Tokyo Olympic Games are expected to start soon. Recently, there have been many sports scenes in Japan that are energizing, as if to anticipate the Olympic Games.

First of all, Shohei Ohtani of the American Major League Angels.

For the first time in the history of the All-Star Game, he participated as a batter and pitcher and became a winning pitcher, creating a new legend. Who would have expected a hero like the protagonist of such a baseball manga, having the leading American media even say, “Superstars beyond Babe Ruth, I can’t find any words to admire.”

On the other hand, Japanese players are also very active in the golf world this year.

In April, Hideki Matsuyama became the first Japanese male player to win a major tournament. What’s more, the stage is the “National Golf Club” in Augusta, Georgia, which has been held on this course every year since it was founded in 1934, and is the victory in the “Masters” that every professional dreamed of. Matsuyama got his long-cherished green jacket in his 10th Masters Challenge since he first appeared in 2011 and won a low amateur.

Winning the Masters was the first Asian achievement, and I honestly didn’t expect to see a Japanese wearing a green jacket in Augusta. Moreover, at the Augusta National Women’s Amateur Championship held last week, 17-year-old high school student Tsubasa Kajitani won the playoffs for the first time as a Japanese.

And in June, another dreamlike scene was born. Two young Japanese female players, Nasa Hataoka (22) and Yuka Saso (19) played off to win the United States Women’s Open, which was founded in 1946 and is considered to be the most traditional and best-in-class women’s golf major tournament. Who in Japan would have imagined such a scene?

This is the first time for a Japanese player to win the US Women’s Open, and the third major victory after Hisako Higuchi in 1977 (Women’s PGA Championship) and Hinako Shibuno in 2019 (British Open).

As one of the facilities of the athletic club, a golf course was opened in the suburbs of San Francisco in 1917, and the US Open has been held five times since 1955.

Separated by high cypresses, strong and cold winds blow from the cold currents. The winning score on this difficult course was 1 over par in the latest 2012 tournament and even par in the 1998 tournament before that.

In the past, there were many scenes in the history of golf where famous players such as Ben Hogan and Arnold Palmer lost their scores on the final day and missed the championship, so you can imagine how difficult this course is.

Perhaps it’s a remnant of the former women’s ban on athletic clubs, the “US Women’s Open” on this course was the first to be held this time. It is admirable that the final score of the two who competed for the championship was 4 under, and they are scheduled to participate in the Tokyo Olympic Games together.

Nasa Hataoka, who unfortunately missed the championship at the United States Women’s Open, was the first amateur player in the history of Japanese women’s professionals to win the “Japan Women’s Open” in 2016. The best major tournaments in Japan with a long history, she has also won in 2017 and 2019, three times in total.

Furthermore, in 1977, she won the first major tournament in history as an Asian player for both men and women, and was a legend who created the strongest era by herself, and in 2003 she was the first Japanese to be inducted into the World Golf Hall of Fame.

The legendary Hisako Higuchi won the Japan Women’s Open last in 1980, but the following year the tournament was held at the Sohsei Country Club. Tatsuko Ohsako won the 14th tournament in 1981 for the first time, but defending champion Higuchi finished in 9th place and never won again after that.

On the other hand, Osako will be a leading player with a total of 45 tour wins and three prize money queens, including winning this tournament in 1984. In addition, Ayako Okamoto (same class as Osako) came in second in the tournament, and she has won a total of 44 wins, including two at the Japan Women’s Open.

From this year, Okamoto was the first Japanese to participate in the US tour in earnest and won 17 victories, and in 1987 she became the first foreigner to win the US tour prize queen. She established the Okamoto era as “Ayako of the World” with her success in rewriting the history of Japanese women’s golf.

“The Japan Women’s Open in 1881” was a tournament that marked the end of the Higuchi Hisako era and the arrival of a new era. The venue was the Sohsei Golf Club, which is located in the hills of northern part of Boso Peninsula (Hokuso), Chiba prefecture.

It is one of the courses bearing the “Grand PGM” given to high-grade courses among the golf courses operated by the PGM Group, and has prestige and dignity that lives up to its name. It is a beautiful 27-hole hill course surrounded by many trees and cherry blossoms and azalea flowers, with ponds skillfully arranged in the magnificent natural terrain that gently undulates.

Each hole is separated by a pine forest where the branches have grown splendidly in the history of more than 50 years, and it has the taste of a forest course, but the fairway is spacious and you can hit shots comfortably.

The maintenance of the course is excellent, especially the 2 greens of bent turf are well maintained and you can enjoy high speed putting. In addition, each hole is unique and highly strategic, so you will never get bored.

The clubhouse has a warm and calm atmosphere made of wood, with chic patterned carpets and classic lighting. High-ceilinged lobby, lounge with large leather sofas, large wooden lockers and spacious bathrooms are also luxurious.

The course is divided into west, east, and south, each with 9 holes, for a total of 27 holes.

The west course has a variety of layouts that take advantage of nature, such as over ponds and over valleys, although the distance is relatively short, but there are many elevated greens.

Among them, No. 4 (497 yards, par 5) is a long hole with a relatively short distance, but there are OBs on the left and right of the fairway that doglegs to the left, and a large pond awaits in front of the green, so an accurate shot is required.

The eastern course is the longest at 3,476 yards and requires a long shot, but along with the dock wreck hole, there are many trees around the green and an accurate shot is also required.

The 8th hole (377 yards, par 4) is a unique landscape hole with a bunker on the left side from the teeing ground to the green, and there is a pond on the left in front of the green, so the shot is always on the right side.

The south course starts with a short hole, after that there are pond crossing hole, and the undulations are large, and deep bunkers and roughs increase the difficulty.

Among them, the 2nd hole (540 yards par5), is a beautiful hole with a unique green like a floating island, which can be said to be a signature hole. After hole-out while enjoying the thrill, it is a fun layout to watch the play of the following group aiming for a beautiful green like a floating island on the way to the 3rd hole and from the tee ground of the 7th hole.

The 8th hole (155 yards, par 3) is a beautiful short hole over a pond, but it looks farther than the actual distance because there is no flat space to the green. This course is located under the north approach to Narita international airport runway A, so you can watch the slowly descending jet planes on the day when wind blows from the south. For that reason, it seems that a pair air-ticket will be given to those who have achieved a hole-in-one in this hole.

5km from Narita IC on the Higashi Kanto Expressway, it is convenient for transportation not only from Narita International Airport but also from Tokyo, so please enjoy playing on one of the most popular course among the Grand PGM carefully selected as a high-grade course of the PGM group.